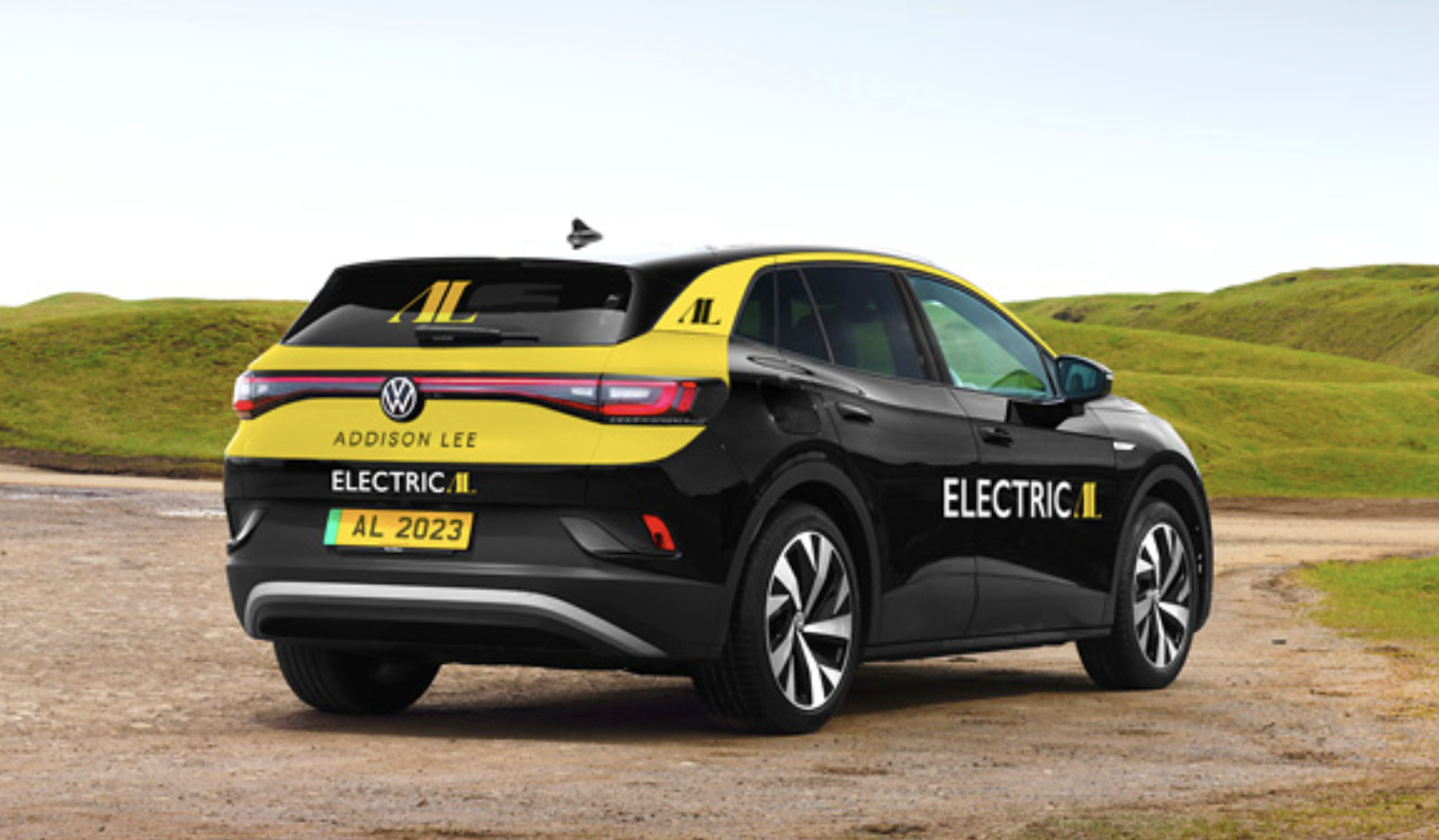 London courier and private hire taxi firm Addison Lee has pledged to convert its whole passenger car fleet to electric vehicles by 2023. While the company’s website says it has over 4,800 cars operating in the UK capital, its recent acquisition of black taxi service ComCab will make it the largest taxi company in London with over 7,000 vehicles. It already has 650 zero-emission vehicles in its fleet after the acquisition, but to be able to fully switch over to electric, it has teamed up with Volkswagen.

Addison Lee is investing £160 million ($218 million) to replace its existing fleet with slightly larger Volkswagen ID.4 vehicles. The standard ID.4 has a 77 kWh lithium-ion battery pack and has range of 250 miles, making it more suitable for city use than for long-distance driving. Its capable of 201 horsepower and 229 pound-feet of torque, with speeds reaching 100MPH.

The firm will start by rolling out 450 EVs by the end of 2021, presumably in addition to the 650 electric cars it already has. Then, the company plans to add 200 electric cars per month until its whole fleet has been replaced within a couple of years. The firm also plans to set up charging infrastructure for its drivers using the new £3.5 million (US$4 million) Future Mobility Fund it has established.

If the company succeeds in transitioning to electric by 2023, it’ll be ahead of its competitors like Uber, which previously pledged to replace its existing fleet with EVs by 2025. It also means up to 20,000 zero-emission trips each day in London, which will help the government achieve its goal of a net zero economy by 2050.

Side Hustles For College Students To Pay Student Loans – Forbes
They Never Could Work From Home. These Are Their Stories. – The New York Times